Since this Spring, Security Voices have been “following the money trail” to explore all angles of how security companies are funded and run. No small part of our rationale has been that if you understand where the $$$ comes from, you can better understand the people, company & their motivation. Given the breakneck pace of the security industry and ceaseless transactions that reshape its terrain, our investor series lays bare the forces that are fueling the cyber market itself and the fascinating personalities driving it. In the meantime, one of us has even started a company and funded it… with one of our guests of course!

In our final 2 episodes of the series, we’re shining a light on lesser known companies and individuals whom have avoided VC funding and taken a more unique approach to starting their businesses. Our last episode with Zack Schuler at Ninjio highlighted his low burn, hands on approach as they aim to disrupt security awareness with killer content.

Our final episode showcases Tozny, an encryption company with its longstanding roots in government contracts. Isaac, the founder and CEO, explains how he’s built a stable, steady growth business in Portland by harnessing one large customer after another… using entirely publicly available information and an open submission process. His conservative “staying alive” approach stands in stark contrast to the glitzy, go-for-broke mainstream security market. And especially the recent controversy with another encryption company...

This episode also serves as a capstone to the investor series as we move on to explore the careers of some of our favorite CISOs and CEOs in the months ahead as well as not-so-distant rumblings in the legal landscape. 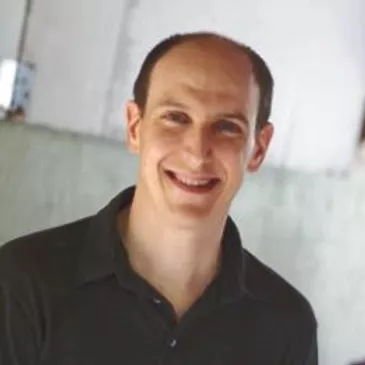 Isaac is the founder and CEO of Portland-based Tozny, a privacy and security company specializing in easy to use cryptographic toolkits for developers. Isaac’s work in cybersecurity spans open source, the public sector, and commercial companies. His projects have included end-to-end encryption for privacy in human subject research, secure cross-domain collaboration, mobile password-free authentication, privacy-preserving authentication and much more. He has worked with agencies including DARPA, the Navy, Air Force Research Laboratory, and the Department of Homeland Security.  Isaac is an active open source developer in the areas of cryptography and programming languages. He traces his roots back to Ohio where he got his B.S. in Computer Science at Ohio State before moving out to Maryland for his Masters in Cybersecurity.